Menopause and How to Delay Menopause 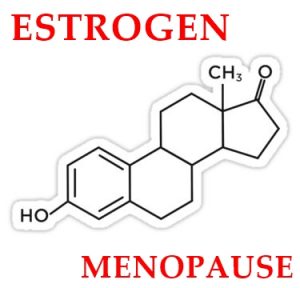 What is menopause
Hormones, specifically one called “Estrogen“.

The perimenopause phase most commonly occurs in a woman’s 40s, but it may occur in her 30s.

Declining hormone levels can lead to a number of symptoms. Irregular periods are often the first noticeable symptom for a woman in perimenopause.

The Impact of Menopause

Mostly Skin, muscles, brain and emotions affected by the low levels of estrogen.

Bladder problems and vaginal dryness are also normal during this time.

When estrogen production stops altogether, there is a long-term effect on the bones and heart. Bones can weaken, making fractures more likely, and women can become more vulnerable to heart disease and stroke.

That’s why women are offered hormone replacement therapy, or HRT, which boosts oestrogen levels and helps to relieve symptoms.

But not all women experience symptoms. They can also vary in their severity and how long they last – from a few months to several years.

A lack of estrogen. It is involved in the workings of the body’s thermostat in the brain.

Normally, the body copes well with temperature changes, but when oestrogen is lacking, the thermostat goes wonky and the brain thinks the body is overheating when it’s not.

Dr Heather Currie, gynaecologist, menopause expert and past chairwoman of the British Menopause Society. She says there is plenty of support and information to help women cope with the physical and emotional changes which the menopause brings.

Hormone replacement therapy is seen as the most effective treatment available for menopausal symptoms.

There has been debate over its long-term safety, and it can cause some side-effects, but it has been shown that “the benefits of HRT outweigh the risks”, Dr Currie says.

Talking to other women going through the menopause and experiencing the same symptoms is also a real help, she adds.

And the menopause is another good reason for women to lead a healthy lifestyle by:

– eating a balanced diet, low in fat and high in calcium to strengthen bones and protect the heart
– exercising regularly, to reduce anxiety, stress and guard against heart disease
– stopping smoking, to prevent heart disease and hot flushes
– not drinking too much, to reduce hot flashes

Doing these things will help to reduce the effects of the menopause on the body.

Are other hormones involved?

Yes, progesterone and testosterone – but they don’t have the same impact as low levels of estrogen.

Progesterone helps to prepare the body for pregnancy every month, and it declines when periods stop.

Testosterone, which women produce in low levels, has been linked to sex drive and energy levels.

It declines from the 30s onwards, and small numbers of women need it topped up.

How to Delay Menopause

Menopause caused by a gradual change of estrogen level for over several years. And how do we keep the level of estrogen by natural therapy. Phytoestrogen is the answer.

Phytoestrogens are herbs that contain substances which have similar structure to human estrogen. The most phytoestrogenic herb is Pueraria mirifica (or white kwao krua).

Pueraria mirifica has been used in a century to compensate estrogen in ageing women and it is very effective while no harm or toxic, unlike synthetic chemical estrogen.

There is also another herb called Curcuma comosa. Curcuma comosa has essential substances that can help overall problems of perimenopause and menopause.

Beware of taking only genuine species of Pueraria mirifica and Curcuma comosa only.

Category: 1. What is Menopause